YOUR PEACE OF MIND IS OUR TOP PRIORITY
Should you need to cancel at any time, you have up to 48 hours from your vacation start date to do so for a 100% future travel credit.
THINGS TO DO  : SHOWS  : CHRISTMAS SHOWS

We are sorry, The Andy Williams Ozark Mountain Christmas Show Hosted by Jimmy Osmond and Starring The Lennon Sisters has no additional dates currently scheduled.

Celebrate the holiday season in Branson with the Andy Williams Christmas Show Extravaganza Starring the Osmonds, The Lennon Sisters, and a heartwarming tribute to Andy Williams, Mr. 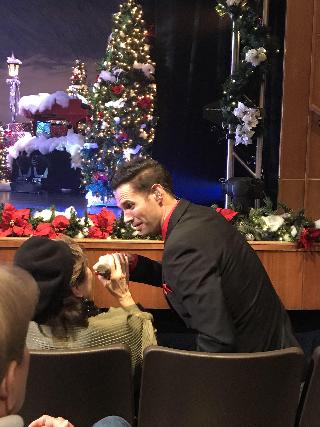 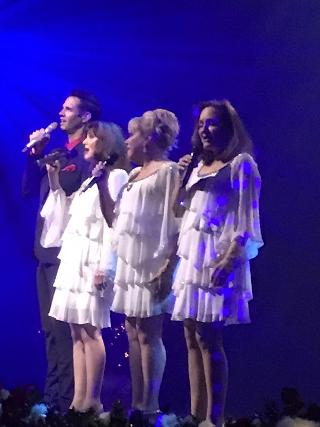 The Andy Williams Christmas show is the most anticipated Christmas celebration in Branson, and will take you on a journey back to Williams' outstanding Christmas specials from the 60's and 70's. Sit back and relax as the curtains rise to reveal The Osmonds and The Lennon Sisters surrounded by an awe-inspiring set of brilliant colors, twinkling lights and all the sights and sounds that declare the wonder of the holiday season.

This full production features all the elements that made Andy's show so memorable — majestic dancers in festive costume, real-life reindeer, and extraordinary onstage performances of your favorite Christmas songs from the entire Moon River Orchestra and the much-anticipated tribute to Andy Williams.

Spend the most wonderful time of the year in Branson, soaking up the joyful traditions of Christmases past and Christmases to come! Make a vacation out of your trip!

About The Lennon Sisters

The Lennon Sisters are an American vocal group that was discovered when their high school classmate, Larry Welk (Lawrence Welk's son) brought the four sisters to sing at Lawrence's bedside when he was sick.  Welk was so impressed that he booked the group to appear on The Lawrence Welk Show that same week. The quartet's 1955 television debut led consistent appearances on The Lawrence Welk Show until 1968 when they left to start their own career as a group.  In the 1970's, The Lennon Sisters performed regularly on the Andy Williams Show and made appearances on several game shows, including Family Feud, Tattletales, and The Hollywood Squares. From 1994 through 2004, the quartet headlined at the Welk Champagne Theater in Branson.  In 1987, the Lennon Sisters received a Hollywood Walk of Fame Star, and in 2001 they were inducted into the Vocal Group Hall of Fame. The group currently consists of trio Mimi, Janet, and Kathy.

About the Moon River Theatre

After Andy's brother invited him for a visit to the beautiful Ozark Mountains of Branson, Missouri, Andy decided to build his own theatre in Branson.  On May 1, 1992, Andy became the first non-country entertainer to open a theatre in Branson when he opened the stunning Andy Williams Moon River Theatre, named after his signature song, 'Moon River.'  Thereafter, throughout the months of November and December, Andy hosted his annual Andy Williams Christmas Show at the theatre.  The venue has also hosted big names like The Osmonds, Pat Benatar, Glen Campbell and more.  The 48,000-square-foot building sits on 16 acres of beautifully landscaped property with waterfalls and a rippling stream. It is the only theatre to ever be featured in Architectural Digest.
Reviews

"Loved the show"
Loved the show and how they incorporated andy into the program. We come to this show every time we come for the christmas shows.