YOUR PEACE OF MIND IS OUR TOP PRIORITY
Should you need to cancel at any time, you have up to 48 hours from your vacation start date to do so for a 100% future travel credit.
THINGS TO DO  : SHOWS  : COMEDY SHOWS
Book Now! Click Here
Book Now!
‹ ›

A visit to the Yakov Smirnoff Theater with this philosopher and comedian promises to have you laughing your 'yak-ov. 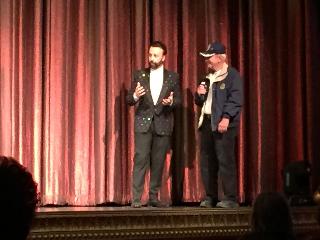 ' Yakov's style of comedy is perfectly explained by his motto 'to experience happiness and teach it to the world with passion through comedy and sensitivity' and his humorous relational commentary confirms that love and laughter do indeed go hand and hand.

You'll be laughing until your sides hurt as Yakov shares his hilarious perspectives on life, American culture, and the indisputable differences between men and women. Sit back and enjoy this humorous, conversational performance as he describes what it was like to move to America and learn our customs the hard way.

Once you experience his talent and charisma live onstage, you'll understand why this Branson production has been selling out for years. Come meet Yakov yourself and find out what everyone has been talking about.

About YakovYakov Smirnoff was born in Odessa, Ukraine and began his stand-up comedy career in the U.S. in the late 1970's. He was born 'Yakov Naumovich Pokhis' but chose the last name 'Smirnoff' because it was a name he thought Americans would be familiar with after a short time bartending in America. He was raised in humble beginnings and went onto become this famous Russian comedian that we all know and love. This legendary comedian moved to Los Angeles in the early 1980's and made his first film appearance in 1984 with a small role in Moscow on The Hudson with Robin Williams. He had appearances in several other films and tv episode airings including Brewster's Millions, Buckaroo Banzai, The Money Pit and the sitcom Night Court. He had a lead role in the NBC sitcom What A Country! In 1988, he was the featured entertainer for the honored guests at the White House Correspondents' Dinner and opened his own theater in Branson in 1992. With numerous national tv shows under his belt, comedian Yakov Smirnoff quickly became a household name. Since then, has entertained more than 4 million visitors. He earned his master's degree in applied positive psychology from the University of Pennsylvania and incorporates his education, humor and life experiences into his hilarious commentaries. Recently, Smirnoff has been traveling with his 'Happily Ever Laughter Tour' in which he embodies laughter's effects on relationships.

Every joke is sure to have you rolling in your seat as you experience one of the funniest performance comedians in the United States - and even the Soviet Union. Make a vacation out of it and find other fun things to do in the area, which is known for its booming entertainment scene! All audience members shall laugh as they get a glimpse of Yakov Smirnoff and his influence on the comedy world!

"Yakov was awesome."
Yakov was awesome. We had seen his show several years ago and loved it. He is so funny, sincere, & patriotic. Every person in the usa should see this show. He makes you appreciate our wonderful country & bring out how blessed we are in this country. Thanks for a great show, yakov.

"The show was awesome."
The show was awesome. The jokes and yakov's stories will have you rolling with laughter. The dancing and the skits that are performed are great as well. Yakov proved his appreciation to everyone when he stayed and signed autographs for all who wanted one. 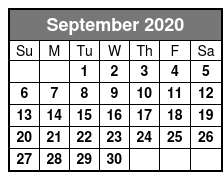 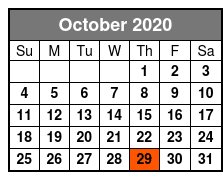 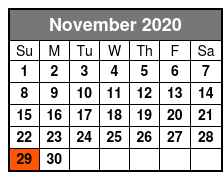 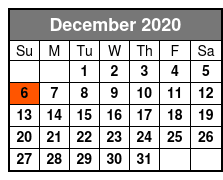