YOUR PEACE OF MIND IS OUR TOP PRIORITY
Should you need to cancel at any time, you have up to 48 hours from your vacation start date to do so for a 100% future travel credit.
THINGS TO DO  : SHOWS  : LIMITED ENGAGEMENT SHOWS

BJ Thomas and Jay & The Americans

Witness double the entertainment with an Up Close concert starring the extremely talented BJ Thomas along with Jay & The Americans. With pop hits and rock overtones, both of these performances are sure to impress all who attend the concert!

BJ Thomas is most well-known for the song, 'Raindrops Keep Fallin' on My Head' and Jay & The Americans' greatest hit was entitled, 'Come a Little Bit Closer'. Both of these performers give their all to providing a fun and energetic show that will have visitors of all ages tapping along with great tunes. For fantastic hits from the 60s and beyond, this concert is one you don't want to miss out on.

This talented performer brings with him country, pop, and Christian influences. This is the perfect combination for historic Branson entertainment! This family-friendly performance will allow guests to explore some of the best hits of BJ's, including, 'Raindrops Keep Fallin' on my Head'. His music was most popular during the 60s and 70s, but it has a legacy of its own!

Beginning in church choir, joining up with The Triumphs, and then going solo was a career path that paved the way to success for him. With the Triumphs, he released his first notable album, I'm So Lonesome I Could Cry in 1966. From there, the band enjoyed success through a Hank Williams song cover, for which the album was named. That same year, though, Thomas decided to make it or break it solo. He definitely made it and ended up releasing 40 albums and had amazing hits including, 'Hey Won't You Play Another Somebody Done Somebody Wrong Song', 'Raindrops Keep Fallin' On My Head', and 'As Long as We Got Each Other'. He also was inducted into the Grand Ole Opry and the Grammy Hall of Fame.

About Jay & The Americans

Joining BJ Thomas on stage for this up close event, Jay & The Americans embraces a pop rock sound that made them stars in the 60s! Some of their greatest hits include, 'Cara Mia', 'Come a Little Bit Closer' (which reached No 3 on the Billboard Top 100 charts), and 'She Cried'. The group was also inducted into the Vocal Hall of Fame in 2002. The current members of the group include Howard Kane, Sandy Deane, Jay Reinke, and Marty Sanders.

Enjoy two incredible performances right in Branson, MO! With BJ Thomas and the talented Jay & The Americans, you and your loved ones can create new memories in Branson with fantastic music and entertainment.

BJ. Thomas and Jay & The Americans Gold & Silver Seating
Available on 10/17/2020
Gold seating includes the seats close to the center in the rows A - W on the Left and Right sides as well as the rows F - W in the Center section. 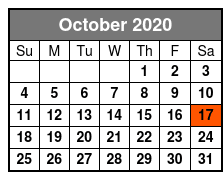