YOUR PEACE OF MIND IS OUR TOP PRIORITY
Should you need to cancel at any time, you have up to 48 hours from your vacation start date to do so for a 100% future travel credit.
THINGS TO DO  : SHOWS  : MUSIC SHOWS
Book Now! Click Here
Book Now!
‹ ›

Live on stage, Mickey Gilley Branson gives you the Mickey Gilley & Johnny Lee Urban Cowboy Reunion Music Show, playing in the legend's own theater, the Mickey Gilley Grand Shanghai Theater, located on the main strip in Branson. Over the course of the show, your whole family will be impressed with these country music legends as Gilley plays 39 of his top hits, including 17 tunes that made it to the coveted #1 spot on the country music charts.

Whether you only know of Mickey from the hit Stand by Me from the popular film Urban Cowboy or are a die-hard fan with every Mickey album, you're sure to find a fun time of pop-country music with this energetic show. Of course, joining him on this reunion tour is the famous country singer and longtime pal of Gilley, Johnny Lee.

Head to the Grand Shanghai theater in Branson to enjoy the city lights of the Ozarks, great country music, and Grand Ole Opry - level entertainment!

This energetic production is sure to be an amazing time that the entire family can enjoy. Hear Gilley's top country hits including 17 tunes that made it No. 1 on the country music Billboard charts. This artist takes the stage with so many great songs in his repertoire. Maybe he'll sing your favorite, like 'A Headache Tomorrow, or a Heartache Tonight,' or 'The Girls all get Prettier at Closing Time.' Of course, joining him on the Branson stage for this epic reunion tour is his longtime pal, Johnny Lee. Experience an amazing musical medley from these legendary performers in Branson MO!

The year 1974 saw the beginning of Mickey Gilley's career with a recording of Room Full of Roses alongside the talented Sons of Pioneers. Gilley found nearly instant success and throughout his successful career amassed 17 #1 hit songs, and winning several awards and being inducted into hall of fame centers.

Johnny Lee is an old friend to Mickey Gilley and will be joining him on their Urban Cowboy Reunion Tour. Lee is a well-known country music singer who got his big break in the 80's. He is best known for a multitude of greatest hits including 'Lookin' For Love', 'One in a Million', and 'Bet Your Heart on Me' which all reached the top country music charts. With these songs, he launched an unforgettable music career that has survived the decades. Do not miss him when he is back in Branson at the Shanghai Theatre with Mickey Gilley!

This famous Branson theater is known for its wide variety of shows offering everything from music and comedy to unforgettable high-flying thrills. These shows captivate the audience each night, creating quite the reputation for the theatre. The theatre is located right on the Strip at 3455 W 76 Country Boulevard in Branson. As well as the Mickey Gilley & Johnny Lee Urban Cowboy Show tour, this Branson theater is also the home of the Amazing Acrobats of Shanghai. With quality entertainment, comfortable seating, and other awesome amenities, an evening spent at the Mickey Gilley Grand Shanghai Theatre in Branson is bound to be a great time.

Do not miss out on some fantastic music from amazing country singers and total legends, and make some fun memories on your next trip to Branson. It's bound to be a great night for fans of legendary country music and movie buffs alike!

"Both guys were wonderful."
Both guys were wonderful. We bought their cds and listen to them going home. What was truly amazing was their were both ill. Mickey was so sick from getting a flu shot and he could not do the meet and greet cause he didn't’t want anyone to get sick. We brought our 83 and 91 year old moms and they really loved it. I was fortunate to be a young 20something year old when gilleys was going strong and had some fun times there.
Tip: My only tip is to go see them.

"unbelievable"
Unbelievable, although with his injury, his voice never faltered....He is to truly be admired for his determination and stamina...Wishing mickey gilley the very best. 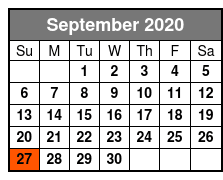